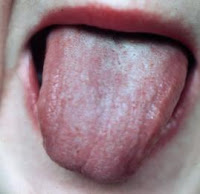 Tongue diagnosis plays a very important role in the prevention of disease especially in the elderly. Middle-aged and elderly patients often show abnormal signs on the tongue in the absence of any obvious disease. Elderly people often suffer from Internal Wind, Blood stasis, Phlegm, Heat or Yin deficiency or a combination of these. For example, it is common to have Blood stasis with Phlegm; or Phlegm with Yin deficiency; or Internal Wind with Phlegm; or a combination of the above. In the elderly, Blood stasis and Phlegm are so common that there is a saying in Chinese medicine which states “In the elderly, when in doubt, invigorate Blood and resolve Phlegm”.

In such cases, the tongue often shows clear signs of these pathogenic factors and it therefore allows us to treat them before they give rise to disease. In particular, stroke in the elderly usually derives from a complex pathology involving Internal Wind, Yin deficiency with Empty Heat, Phlegm, and Blood stasis. The tongue of the elderly often points to such a complex pathology years before they may get a stroke. Therefore, if I see a tongue with those signs in an elderly person, I take active steps to treat them.

An example of a complex pathology showing on the tongue would be as follows:

The remedy Peaceful Sunset was formulated to treat such a complex pathology in the elderly. 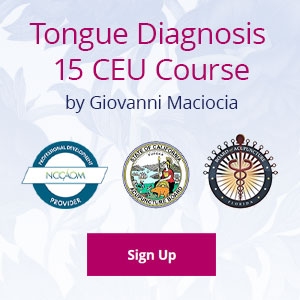 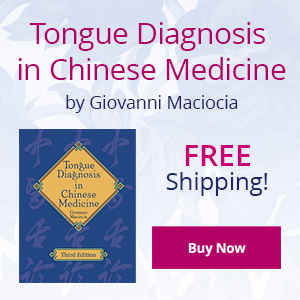