The meaning of the name of the point SP-4 (Gong Sun) is the subject of much discussion. I have never been convinced by the translation of Gong Sun as “Grandfather-grandson” (or rather grandchild). Besides being the Luo point of the Spleen, SP-4 is also the master point of the Chong Mai.Although the translation of Gong Sun as “grandfather-grandchild” is possible, I think there is at least another possible explanation. “Gong” may also mean “general” and “sun” may also mean “second-growth”, i.e. the second growth of a plant after pruning later in the season (like a rose for example). Thus, Gong Sun may be translated as “general second growth”. What is this second growth? In my opinion, it is the image of the smaller branches stemming from a central stem. This is the image of the Main channels – the main stem – and of the Luo channels which branch out from the Main channels. 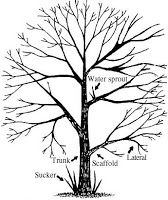 Gong Sun was also the family name of the Yellow Emperor and we can therefore interpret this point’s name as a reference to the Yellow Emperor. This translation would also make sense because the Chong Mai is the “emperor” of the extraordinary vessels, because it is the centre of the energetic vortex created by them. In old times, the extraordinary vessels were compared to members of a family and the Chong Mai was the “father”, i.e. the most important member (in a traditional, Confucian view of the family).