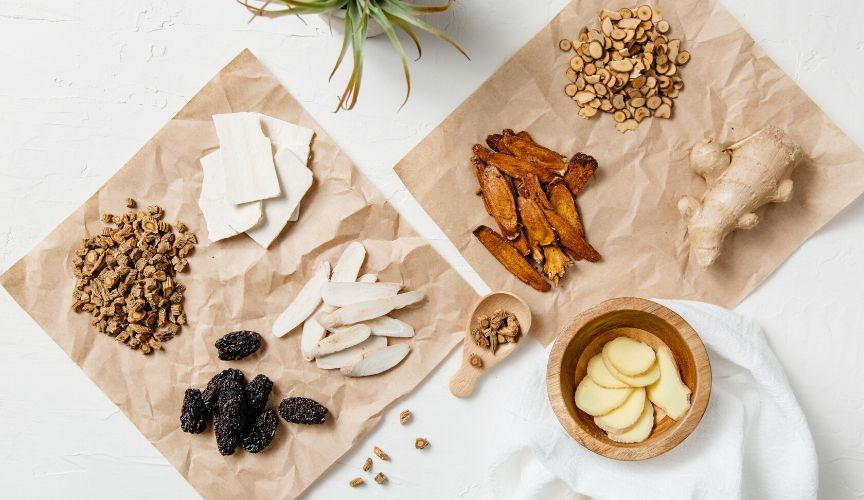 In the past few years it has become common practice by oncologists to advise patients who are undergoing chemotherapy not to take anti-oxidant supplements. The reasoning behind this advice is that chemotherapy destroys cancer cells by inducing free radicals and by promoting oxidation of the cancer cells. Antioxidants, on the contrary, do the exact opposite, i.e. they prevent free radicals (by binding to them) and the oxidation of cells. In theory, therefore, it would seem to follow logically that antioxidants may interfere with chemotherapy and reduce its effectiveness. As we shall see, in reality it is not as simple as that.

As oncologists also advise against the use of Chinese herbal remedies during chemotherapy, I shall approach this subject from two angles:

1. DO ANTI-OXIDANTS INTERFERE WITH CHEMOTHERAPY?

One particular article was influential in shaping the opinion that anti-oxidants interfere with chemotherapy. This was the article written by Dr Gabriella D’Andrea from the Memorial Sloan-Kettering Cancer Center, New York in Cancer Journal for Clinicians in 2005.i

In this article, Dr D’Andrea states that, “mechanistic considerations suggest that antioxidants might reduce the effects of conventional cytotoxic therapies. Preclinical data are currently inconclusive and a limited number of clinical studies have not found any benefit. Clinicians should advise their patients against the use of antioxidant dietary supplements during chemotherapy or radiotherapy. Such caution should be seen as the standard approach for any unproven agent that may be harmful.”

It is interesting that Dr D’Andrea agrees that “preclinical data are currently inconclusive” and yet she still comes to the conclusion that “clinicians shouldadvise their patients against the use of antioxidant dietary supplements during chemotherapy or radiotherapy.” It is also interesting that she should attribute the opinion that antioxidants might reduce the effects of cytotoxic therapy to “mechanistic considerations”: as we shall see, they are exactly that, i.e. “mechanistic”.

Indeed, Dr D’Andrea takes a mechanistic view in saying “radiotherapy and many chemotherapy agents act by producing free radicals; some vitamins and supplements, including vitamins C and E, are antioxidants and bind to free radicals, preventing oxidative damage.” She continues: “There are considerable in vitro and animal data showing that vitamin C and other antioxidants can protect cells against radiation and chemotherapy. It seems likely that they would therefore reduce treatment-related toxicities and there are promising, although not unequivocal, data that this indeed is the case. However, it also follows that antioxidants might protect cancer cells, thereby reducing the oncologic effectiveness of cytotoxic therapy. This is the reason why most oncologists discourage patients from using antioxidants during treatment.”

However, Dr D’Andrea herself reports that “in vitro studies have reported that vitamins A, C, and E, as well as carotenoids, can enhance the effectiveness of chemotherapy and radiotherapy.” Proponents of antioxidant therapy say exactly this, i.e. that the protective effects of antioxidants are selective for normal cells, such that they can reduce toxicities without compromising oncologic efficacy. They also say that antioxidants are directly cytotoxic and can actually increase the effectiveness of cytotoxic treatments.

Dr D’Andrea says that there are in vitro data suggesting a direct antitumor effect for vitamin C but she questions their validity. D’Incalci et al reviewed the literature on antioxidants and chemotherapy for the last 15 years and came to much more cautious conclusions than those reached by D’Andrea.

D’Incalci et al say that “Studies have explored the effect of predominantly antioxidant vitamins and folate on efficacy or toxicity mediated by cisplatin and anthracyclins. Cisplatin toxicity in rodents was ameliorated by vitamin E. The design of clinical studies of dietary agents in combination with cytotoxic agents has been very heterogeneous and results have been inconclusive.”ii They conclude cautiously that “whilst preclinical experiments hint at a potential benefit of certain dietary agents, the evidence emanating from clinical studies does not allow firm conclusions to be made. Future studies should explore physiological doses of dietary agent and include pharmacokinetic and pharmacodynamic measurements.”iii

Other researchers too contest D’Andrea’s conclusions. They maintain that antioxidants given during chemo- and radio-therapy induce apoptosis, a process whereby cancer cells die off in a natural manner. Cancer cells that die off due to apoptosis are literally digested and removed by phagocytes, thus preventing the inflammatory response induced by chemotherapy. By contrast, oxidation induced by chemotherapy kills cancer cells in a manner that results in masses of dead cells (with broken membranes) that produce inflammation and toxic response.

All cells have a finite life span and cell death occurs mainly as a result of passive necrotic processes or due to an active process of programmed cell death, “apoptosis”. Apoptosis is the most common mechanism by which the body eliminates damaged or unneeded cells without local inflammation from leakage of cell contents.

Cells that are undergoing apoptosis exhibit a characteristic pattern of morphologic changes, including cell shrinkage, condensation, fragmentation of the nucleus and bubbling of the plasma membrane, known as “blebbing”, chromatin condensation and nucleosomal fragmentation. The resulting membrane-bound apoptotic bodies are consumed by neighboring cells or by macrophages. In contrast, the necrotic mode of cell death represents a passive consequence of mechanical damage or exposure of the cells to toxins (such as chemotherapy).

However, some antineoplastic drugs kill tumor cells by inducing apoptosis. As described above, this highly controlled mechanism of cell death is thought to be physiologically advantageous because apoptotic cells are removed by phagocytosis before they lose their permeability barrier, thus preventing induction of an inflammatory response to the dying cells. In contrast, necrotic cells lyse and release their contents into the extracellular space, thus inducing inflammation.

Shacter et al examined the effects of oxidative stress on chemotherapy-induced cell killing. They found that H2O2 (hydrogen peroxide) inhibits the ability of four different chemotherapy drugs (VP-16, doxorubicin, cisplatin, and AraC) to induce apoptosis in human Burkitt lymphoma cells. H2O2 shifts the form of cell death from apoptosis to pyknosis/necrosis, which occurs after a significant delay compared with chemotherapy-induced apoptosis. It can also lower the degree of cell killing by these drugs. These effects of H2O2 can be prevented by the antioxidant agents Desferal, Tempol, and dimethylsulfoxide.

Phagocytosis by monocyte-derived macrophages of VP-16-treated lymphoma cells is also inhibited by H2O2. Cells killed with H2O2 (with or without VP-16) do ultimately undergo phagocytosis, but this occurs only after they have lost their permeability barrier. Thus, membrane-intact apoptotic cells are recognized and phagocytosed by monocyte-derived macrophages, but membrane-intact pyknotic/necrotic cells are not. The results suggest that chemotherapy-induced apoptosis and phagocytosis of cancer cells may be enhanced by including certain antioxidant agents in the treatment protocol.iv

In other words, there are situations when the oxidative stress induced by chemotherapy itself may actually hinder the effects of chemotherapy and the addition of antioxidants may actually help chemotherapy to work in a more natural, non-inflammatory way (i.e. through apoptosis rather than necrosis).

Dr Kenneth Conklin confirms this in his article “Chemotherapy-Associated Oxidative Stress: Impact on Chemotherapeutic Effectiveness”.v In this article, Dr Conklin says that “Antineoplastic agents induce oxidative stress in biological systems. During cancer chemotherapy, oxidative stress-induced lipid peroxidation generates numerous electrophilic aldehydes that can attack many cellular targets. These products of oxidative stress can slow cell cycle progression of cancer cells and cause cell cycle checkpoint arrest, effects that may interfere with the ability of anti-cancer drugs to kill cancer cells. The aldehydes may also inhibit drug-induced apoptosis by inactivating death receptors and inhibiting caspase activity [the latter would slow down cell disassembly]. These effects would also diminish the efficacy of the treatment. The use of antioxidants during chemotherapy may enhance therapy by reducing the generation of oxidative stress-induced aldehydes.”vi

Dr Conklin also conducted a study on patients who were receiving chemotherapy (anthracyclines) for breast cancer and lymphoma. Co-enzyme Q10 was administered in conjunction with chemotherapy. Results showed that the administration of Q10 resulted in fewer cardiomyopathy (a side-effect of anthracyclines). Dr Conklin says in the summary of the study: “There is concern within the oncology community that consumption of antioxidants during chemotherapy will reduce the effectiveness of the treatment. Cytotoxic antineoplastic agents generate reactive oxygen species (ROS) in biological systems and many oncologists contend that this accounts for, or contributes to, the anti-cancer activity of the drugs. However, all of the drugs have [their own] established mechanisms of action that do not depend [always] upon their production of ROS. ROS can reduce the efficacy of chemotherapy because they interfere with cell cycle progression and apoptotic mechanisms. Thus, antioxidants should not interfere with the mechanism of action of antineoplastic agents, and may enhance their effects by preventing the impact of ROS on the cell cycle and apoptosis. The results of the present study support the contention that antioxidants do not interfere with the anti-cancer effects of antineoplastic agents. Additionally, the administration of co-enzyme Q10 during the patients’ anthracycline-based chemotherapy appears to have prevented any cardiac damage.”vii

Block et al also reviewed the literature on antioxidants and chemotherapy and came to the same conclusion. Dr Block, of the Block Center for Integrative Cancer Treatment, says: “This review demonstrates that there is no scientific support for the blanket objection to using antioxidants during chemotherapy. In addition, it also appears that these supplements may help mitigate the side effects of chemotherapy.”viii

The conclusion was that none of the trials reported evidence of significant decreases in efficacy from antioxidant supplementation during chemotherapy. Many of the studies indicated that antioxidant supplementation resulted in either increased survival times, increased tumor responses, or both, as well as fewer toxicities than controls. 15 of 17 trials that assessed chemotherapy toxicities, including diarrhea, weight loss, nerve damage and low blood counts, concluded that the antioxidant group suffered similar or lower rates of these side effects than the control group.

Co-author Dr. Robert Newman, Professor of Cancer Medicine at M. D. Anderson Cancer Center said, “This study, along with the evolving understanding of antioxidant-chemotherapy interactions, suggests that the previously held beliefs about interference do not pertain to clinical treatment.”ix The authors noted that reducing side effects may help patients avoid having to cut back on their chemotherapy dosing, interrupt scheduled treatments, or abandon treatment altogether. This in turn, is likely to favorably impact treatment outcomes.

How does this affect the use of Chinese herbs during chemotherapy? Much of the above discussion on antioxidants and chemotherapy actually does not apply to Chinese herbs as they contain few antioxidants and in doses that would be akin to those found in foods. Beta-carotene, for example, is a powerful antioxidant. Beta-carotene is found in carrots, sweet potatoes, kale, spinach, winter squash, cilantro (coriander) and thyme.

Only Hypericum (St John’s Wort) may present some interaction with chemotherapy. In fact, this herb lowers the availability of some drugs as it activates the drug-metabolizing enzyme cytochrome P450 CYP3A4. Hypericum is used in Chinese medicine but not widely and it is not included in Chemo-Support. Very few Chinese herbs contain Vit C and, if they do, it would be in minimal doses.

i. Gabriella M. D’Andrea, MD “Use of Antioxidants During Chemotherapy and Radiotherapy Should Be Avoided”, Cancer Journal for Clinicians 2005; 55:319-21.